Home»Festival Events | Essence of a Memory: an exhibition in words and pictures

Essence of a Memory: an exhibition in words and pictures 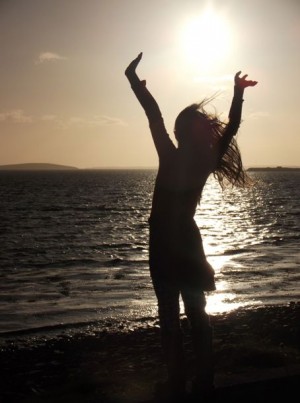 A thought provoking public exhibition on display at the Marie Curie Hospice, Glasgow from 3-7 November 2014 will show how positive sharing stories of loved ones who have died can be.

The exhibition showcases winning entries from the To Absent Friends Essence Of A Memory competition which ran recently as part of the Luminate Festival of Creative Ageing. The competition encouraged entrants to submit words and an image which evoke a memory of someone they love who is dead.

The image to the right is by Morag Ewing, one of the competition winners:

The first of your seven grandchildren you haven't yet met.

You are so missed.

Christmas, weddings, births – you are within each of us but missing.

I hope I make you proud.

Shona Robinson, Marie Curie Hospice, Glasgow, Hospice Manager said: “We’re inviting the local community to come into the hospice to view the exhibition, which is a fantastic way to show that bereavement isn’t something that should be hidden away, but is a normal part of everyone’s life experience. There are some poignant and thought provoking words and images on display but also some humour too.”

Marie Curie is displaying the exhibition as part of To Absent Friends, a people’s festival of storytelling and remembrance, which runs for the first time this year from 1 to 7 November. The festival comprises a range of events focused around sharing stories and memories of dead friends and family.

A gallery of the competition winners can be viewed here: Essence of a Memory photo gallery.