Two people and a cat

"We should do this more often!" 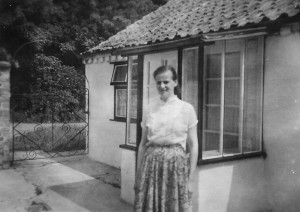 In our flat, we do cook. We do eat together. But rarely do we actually devote time to a full sit-down meal. When it's two of you and a cat, there seems little point. To Absent Friends gave us the point. Inspired by the idea of a Samhain Supper, we decided we'd make the effort, and sit down to a meal in memory of our grandparents.

It feels a little odd and uncomfortable - remembering dead relatives is not a typical reason for a couple to have a meal together. But then again, we did sit down for a full Christmas Dinner for the two of us. We did the same for a Burns Supper; I even performed, badly, an Address to a Haggis. Comparatively speaking, chatting about your family history over dinner isn't such a strange ritual. 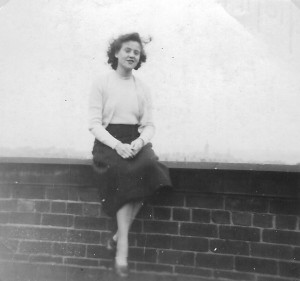 My girlfriend Jo's grandparents died when she was small or before she was born, so she doesn't have any culinary associations with them.

It meant menu inspiration had to come from my side. My Grandma Peacock loved preparing food for the family on a Sunday afternoon. She was very deaf, so food enabled her to be part of everything, when perhaps she couldn't join in with conversation. She would put on huge spreads - cold meats and chips and cold beans, so that anyone who turned up (often four sets of aunts, uncles and cousins over the course of a day) could dive in.

Too much to prepare for this evening, mind you. On the other hand, I remember my Grandad Peacock, a Yorkshireman who worked in the textile trade, cooking two good old fashioned things from times when budgets were tight and arteries were furry - fried bread and cheese, and bread and butter pudding. 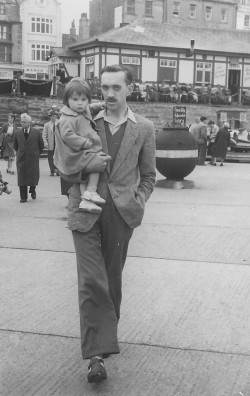 Fried bread would have been a controversial main course, but at least dessert was sorted. The other thing my Grandad used to like was eating tinned tomatoes. For the sake of my cholesterol, I ditched the fried bread, and used the tenuous link to do a tomatoey Mediterranean chicken thing as the main.

Drink inspiration came from the other side of my family - the Barracloughs. My Gran used to give me a glass of sherry when I visited her after school (the civilised side of underage drinking in the 1980s) so we got a bottle of that. My Grandad B smoked Woodbine, but that would have been taking things too far.

Music came courtesy of the 1940s and 1950s, our grandparents' eras. I love old-times music, and it's a good accompaniment to dinner. I had some specific things I wanted to play from my side - Patsy Cline, who my Grandad liked (and was a big favourite in Jo's house too) and also Goodnight Irene (it was my Gran's name) and I'll Take You Home Again, Kathleen which I remember she liked when I learned it on the piano as a kid.

But then we got to play some Bananarama too. My Grandad, normally a Radio 2 man, must have taken a shine to them when they were on Top of the Pops, and possibly not just for the music. We ended up buying him a Bananarama video for Christmas one year. They have quite a lot of hits to choose from when you start trying to make a playlist. 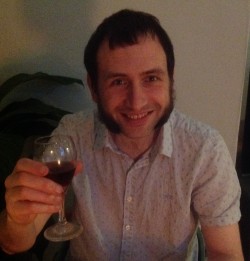 I did wonder when I decided to do a Samhuinn Supper whether it'd feel awkward trying to pay tribute to our grandparents over dinner. "So...tell me about your Grandad..." In the end, chat just followed from the music and the food. Once the first story happens, "My Grandad used to say..." others follow.

Sadly, neither Jo or I will meet each other's grandparents, so getting to hear about hers is not only interesting in itself, but also helps me understand where she's coming from. I'm sure the same applies in reverse: a taste for cheap retro food obviously runs in my family.

Jo's Welsh but her grandparents were all from Hampshire, so it's not all male voice choirs and rugby. Like mine, a happy accident of ages and timing meant her grandfathers missed both wars. It gives you pause for thought – without that, neither of us may be here. Thus, the chat rolled on as the sherry got poured...