Everyone has a story to tell of someone who is dead, who they miss - a grandparent who had a fascinating life; a friend with a unique sense of humour; a child who loved to dance.

My beautiful daughter Heather was born on 21st November 1989 and died 25th October 2008. She was a vibrant popular girl with a larger than life mischievous personality. Heather was the youngest of 4 and she was the happiest most fun loving girl you'd ever meet. She was by no means an angel and I used to despair at times at the mischief she got up too. If I could bottle her personality and sell it I'd have been a millionaire. Sadly Heather was diagnosed with Hodgkin's lymphoma in 2006 and a year later told she only had weeks to live - well in Heathers true tenacious style she said she wasn't ready to die at aged 17 and wanted to have an 18th birthday party! Well not only did she get her 18th birthday but she fought on for almost another year and died 4 weeks before her 19th birthday. Heathers death left a gaping hole in our family and we miss her terribly. Before she died she said she didn't want to be forgotten - that would never happen and as long as I have a breath in my body her memory will never die - ❤️

He was my dad and I adored him. Sadly lost his fight with cancer last year. A real gentleman and an inspiration to all of his family. Invented anti static tiles for hospitals, great fisherman and wonderful dad, grandad and great grandad. Never forgotten and always loved x 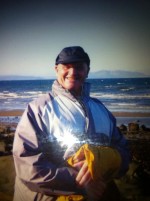 Philip was born in Glasgow in 1934 and lived in the Gorbals until World War Two meant that he, his two brothers and mother were evacuated to Ayrshire. He grew up in Ayrshire and at school met his future wife Patsy. A love that would last a lifetime. In 1960 they welcomed their daughter Jacqueline into their family. Philip believed in the value of hard work and often had several jobs including a miner, a milkman, a gardener and many in between. He loved recalling these stories of cycling miles at night to work in the pit and then cycling back into Ayr and going to mow someone's lawn. He loved people, talking to people and hearing their stories. When I was born in 1980, his only grandchild I was lucky to have him all to myself. At a time when he was still in his late 40's and early 50's he was an ever present, loving and above all active force in my life.

Sidney was born not long after Queen Victoria died and he in turn died around the time the internet and mobile phones were starting to take hold. In the 60s you could have seen his work as a Fleet Street etcher in national newspapers. And during Britain’s darkest hour he was down at the London docks fighting the fires as the Luftwaffe’s bombs rained down around him. But to me he was Grandpa. 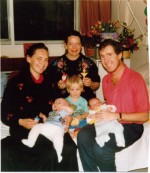 My friend, Glenn died of lymphoma over 20 years ago, when he was in his thirties. We were flatmates for a long time. He was a talented theatre designer and spent many hours sitting at the kitchen table listening to Radio 4 and building models of theatre sets with handmade miniature furniture or scenery.