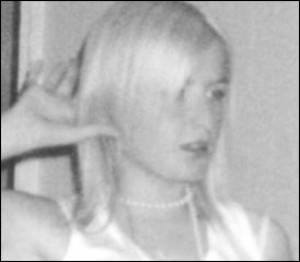 My beautiful daughter Heather was born on 21st November 1989 and died 25th October 2008. She was a vibrant popular girl with a larger than life mischievous personality. Heather was the youngest of 4 and she was the happiest most fun loving girl you'd ever meet. She was by no means an angel and I used to despair at times at the mischief she got up too. If I could bottle her personality and sell it I'd have been a millionaire. Sadly Heather was diagnosed with Hodgkin's lymphoma in 2006 and a year later told she only had weeks to live - well in Heathers true tenacious style she said she wasn't ready to die at aged 17 and wanted to have an 18th birthday party! Well not only did she get her 18th birthday but she fought on for almost another year and died 4 weeks before her 19th birthday. Heathers death left a gaping hole in our family and we miss her terribly. Before she died she said she didn't want to be forgotten - that would never happen and as long as I have a breath in my body her memory will never die - ❤️