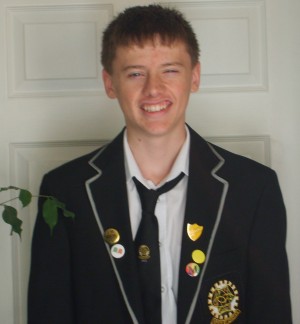 Chris was only 17 when he was diagnosed with Hodgkin's Lymphoma, he waited another two weeks before starting treatment so as he could sign up to the clinical trial as he had to be 18 to give his consent. He was always so optimistic about the outcomes of treatments, he got the news that after 6 months of chemo the cancer had gone, only to have it return within 3 months! The steroid based treatment had damaged his hip bones and therefore he found it very difficult to walk, he restarted chemo with the view to stem cell transplant, for which his brother was a perfect match. However after a year of fighting and becoming disabled through his treatments we were told there was little hope for him. We of course refused to give up and took Chris to the Christie in Manchester for a second opinion, this is where we discovered 'vein finders' a wonderful piece of kit that is about the size of a TV remote control that shines infrared light onto the skin and highlights the veins under the skins surface. This was amazing for Chris as his veins had become 'woody' after all the chemo and he would become exceedingly stressed when he had to undergo IV procedures. We lost Chris on 3rd June 2013 at the age of 19, and didn't want his loss to be for nothing so we set about starting up a charity named The Cookie Jar Foundation. We have had amazing support in our local community and have funded 12 vein finders into local hospitals, given funding to individuals who are in need, donated funds to the Maggie's Young Person's Group in Edinburgh, and have now been approached by the Sick Kids Friends Foundation to help them raise funds for 7 projects within the new build Royal Sick Children Hospital in Edinburgh.
We miss our son every minute of every day, but the fact that he was so positive and never gave up makes us determined to take the positive from a negative and as we grow this charity through Christopher's memory we also pay heed to what he felt was important during his fight .