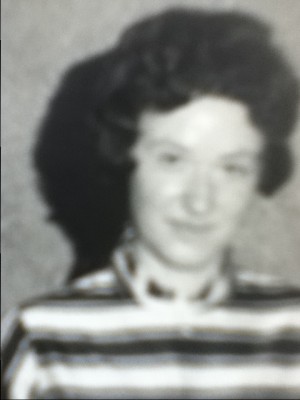 We were friends for over 40 years dating back to university where we were often told to stop chatting in lectures but where she gained distinction in English. She was my bridesmaid and good friend thereafter. She taught primary school supporting pupils with learning difficulties.

She looked after her mother when she had terminal cancer.

On receiving the shocking news of an inoperable spinal tumour, typical of Maureen she was most concerned by the young nurse being so upset.

Having spent many years working in Ayrshire Hospice as a Volunteer, Maureen ended up spending some weeks there as a patient, before returning home. Her bed was constantly surrounded by visiting friends. She faced death bravely and inspirationally with her Faith as strong as ever as was witnessed by the many attending her funeral service. So many stories that day and a life well lived.